I avree with Sue. In your face stuff!!

Firstly I wish to thank Maxine Groves for inviting me to take part on this super Blog Tour for THE FOURTH MONKEY by J.D. BARKER 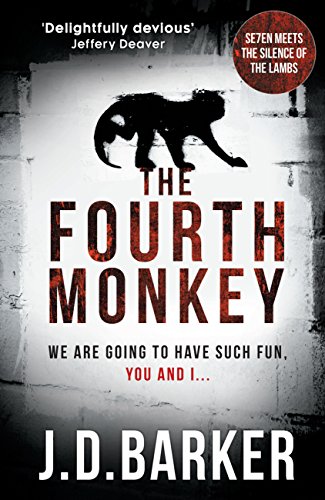 Se7en meets The Silence of the Lambs in this dark and twisting novel from the author Jeffery Deaver called, “A talented writer with a delightfully devious mind.”

For over five years, the Four Monkey Killer has terrorized the residents of Chicago. When his body is found, the police quickly realize he was on his way to deliver one final message, one which proves he has taken another victim who may still be alive.

As the lead investigator on the 4MK task force, Detective Sam Porter knows even in death, the killer is far from finished. When he discovers a personal diary in the jacket pocket of the body, Porter…