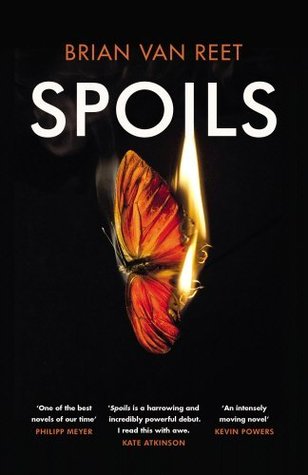 byBrian Van Reet
It is the spring of 2003 and coalition forces are advancing on Iraq. Images of a giant statue of Saddam Hussein crashing to the ground in Baghdad are being beamed to news channels around the world. Nineteen-year-old Specialist Cassandra Wigheard, on her first deployment since joining the US army two years earlier, is primed for war.

For Abu al-Hool, a jihadist since the days of the Soviet occupation of Afghanistan, war is wearing thin. Two decades of fighting – and the new wave of super-radicalised fighters joining the ranks in the wake of the September 11 attacks – have left him questioning his commitment to the struggle.

When Cassandra is taken prisoner by al-Hool’s mujahideen brotherhood, both fighters will find their loyalties tested to the very limits.

This fast-paced, hard-hitting account of eight weeks in the lives of a soldier and her captor forces us to reconsider the simplistic narratives of war spun by those in power. With its privileged insight into the reality of armed combat, Spoils shines a light on the uncertainty, fear and idealism that characterised the early days of one of the most important conflicts of our time. 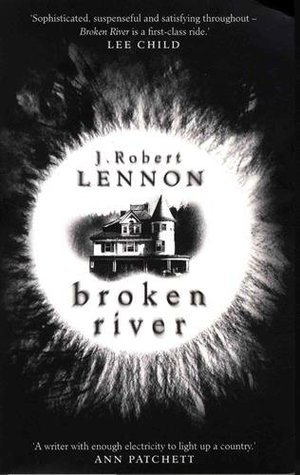 byJ. Robert Lennon
A modest house in upstate New York. One in the morning. Three people—a couple and their child—hurry out the door, but it’s too late for them. As the virtuosic and terrifying opening scene of Broken River unfolds, a spectral presence seems to be watching with cold and mysterious interest. Soon the house lies abandoned, and years later a new family moves in.

Karl, Eleanor, and their daughter, Irina, arrive from New York City in the wake of Karl’s infidelity to start anew. Karl tries to stabilize his flailing art career. Eleanor, a successful commercial novelist, eagerly pivots in a new creative direction. Meanwhile, twelve-year-old Irina becomes obsessed with the brutal murders that occurred in the house years earlier. And, secretly, so does her mother. As the ensemble cast grows to include Louis, a hapless salesman in a carpet warehouse who is haunted by his past, and Sam, a young woman newly reunited with her jailbird brother, the seemingly unrelated crime that opened the story becomes ominously relevant.

Hovering over all this activity looms a gradually awakening narrative consciousness that watches these characters lie to themselves and each other, unleashing forces that none of them could have anticipated and that put them in mortal danger. Broken River is a cinematic, darkly comic, and sui generis psychological thriller that could only have been written by J. Robert Lennon.

My thoughts and review:
Billed as Part Horror, part psychological thriller, I was intrigued to find out what I thought of it. I found myself being slowly but surely being drawn into this, at times,bleak tale.
Having never read anything by J. Robert Lennon before, the thought of a new author and the blurb got the better of my curiosity and I dived in.
The book starts with a couple and their daughter fleeing their home. Why is never fully explained. They are subsequently murdered and their daughter is found later by a neighbour and vanishes from the tale’
The murder is never solved and the locals believe the house cursed.
After years of desolation the house is inhabited again by Karl, Eleanor and their daughter Irina. Leaving New York presumably for a new start
And this is where the real story begins. The story of the supposed curse: but also the story of their lives and others whom the trajectory of their lives bring them into contact with.
It is a story of selfishness and cruelty
Karl is a selfish and immature person. Totally unsuited to be a father and unable to give up his philandering ways.
Elanor also seems trapped in a marriage of convenience and not of love. Though she seems to be trying to make it work.
And Irina the daughter, tired of being the brunt of her parents arguments and the weapon they use against each other: retreats into her own world of the imagination and internet.
There is also an eerie presence known as the Observer.Who or what it is is for each reader to make up their own mind.
Thank to Serpents Tail and Lovereading for the ARC.
The author:
J.  Robert Lennon is the author of a story collection, Pieces For The Left Hand, and seven novels, including Mailman, Familiar, and Happyland. He holds an MFA from the University of Montana, and has published short fiction in The New Yorker, Harper’s, Playboy, Granta, The Paris Review, Electric Literature, and elsewhere. He has been anthologized in Best American Short Stories, Best American Nonrequired Reading, and Prize Stories: The O. Henry Awards, and his story “The Rememberer” inspired the CBS detective series Unforgettable. He hosts the podcast Writers at Cornell, and co-hosts another, Lunch Box, with poet Ed Skoog. His book reviews have appeared in The New York Times Book Review, The Guardian, and The London Review of Books, and he lives in Ithaca, New York, where he teaches writing at Cornell University. 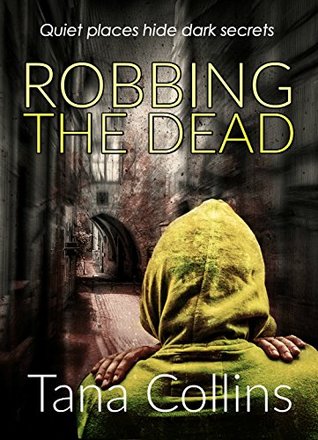 byTana Collins
In a small Scottish university town, what links a spate of horrible murders, a targeted bomb explosion and a lecturer’s disappearance? Is a terror group involved? If so, who is pulling the strings? And what does something that happened over forty years ago have to do with it?

Having recently returned to Castletown in the hope of winning back his estranged wife, DCI Jim Carruthers finds himself up to his eyes in the investigation.

Struggling with a very different personal problem, DS Andrea Fetcher assists Jim in the hunt for the murderous perpetrators. To prevent further violence they must find the answers quickly. But will Jim’s old adversary, terror expert McGhee, be a help or a hindrance?

The first in a new series featuring DCI Jim Carruthers

My thoughts and review.

Not posting. Too busy enjoying beer and sun inn Lanzarote!