ROBERT STONE was a serial entrepreneur – an enterprising individual, mostly on the wrong side of the law, who spent twenty-five years operating all over the world, before being arrested in Switzerland as a result of an international manhunt led by an Organised Crime Drug Enforcement Task Force. Over the course of his career, Stone earned and lost several lifetimes’ worth of fortunes, went to prison on three continents, used dozens of aliases, saw men die, and masterminded one of the biggest marijuana smuggling operations in criminal history. Fuel smuggling in Africa, trading fuel with generals, rebels and businessman, was both his career high and, ultimately, what brought him down.

A whirlwind read which is fast paced from start to finish. His anecdotes seem a bit absurd at times; artistic license perhaps, but they make for interesting reading

Robert Stone leaves home at 17 years old and with a lot of wheeling and dealing changes a small amount of money into millions.

This was a book I did not want to like. No-one should profit from the proceeds of crime, especially when it involves the smuggling of fuel, drugs and gold.

Stone himself is an arrogant misogynist and downright immoral. And you should not like him, but find yourself rooting for him. He has done wrong but has been wronged and wants to get back to his family. This keeps you reading in the hope that he suceeds.

A very entertaining and different read that is worth the reading.

Author Robert Stone first came to Aberdeen Scotland in 1973 as a pioneer saturation diver in the early dangerous days of the North Sea. Retiring from diving in the mid 80’s he became a serial entrepreneur –mostly on the wrong side of the law. He spent the next decade operating businesses all over the world from his Aberdeenshire home.

Stone earned and lost several fortunes, went to prison on three continents, used dozens of aliases, and masterminded one of the biggest marijuana smuggling operations in criminal history. Fuel smuggling in Africa, was only one of his many exploits.

His Scottish wife and young children knew nothing of the dark side of his life until the day they were all arrested in Switzerland as a result of an international manhunt led by an Organised Crime Drug Enforcement Task Force.

The author and his family: 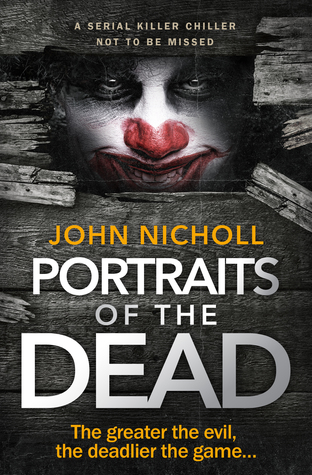 Portraits of the Dead (DI Gravel #1)

Detective Inspector Gravel finds himself faced with a difficult case when a local nineteen-year-old university student is abducted and imprisoned by a sadistic serial killer, who has already tortured and killed at least five young women.

Can Gravel find the girl and stop the murderer?

He will learn that the greater the evil, the deadlier the game…