No One Can Hear You
He said that they’d let me go on purpose. That they could easily find me if they wanted to. He said that they didn’t want me. That I was too much trouble. He said if I went to the cops, he’d know. If I told Sonya, he’d know. If I talked to friends or teachers, he’d know. He told me to pretend it didn’t happen. He told me to consider it a compliment, that I was too strong. His last words to me were, ‘Just forget’.
Troubled teen Faith Marsden was one of several girls abducted from Crawton, a country town known for its picturesque lake and fertile farmland. Unlike the others, she escaped, though sixteen years on she still bears the emotional and physical scars.
Zoe Haywood returns to Crawton to bury her estranged mother Lillian, who has taken her own life. As she and Faith rekindle their high-school friendship, they discover notes left by Lillian that point to two more young women who recently disappeared from Crawton. But Lillian’s confused ramblings leave them with more questions than answers.
As Faith and Zoe delve deeper into the mystery, they become intent on saving the missing women, but in doing so are drawn into Auckland’s hidden world of drugs, abduction and murder. And then Faith decides to confront the mastermind – on her own.
My Thoughts and Review:

What a slow, torturous and twisty novel this was.  It was so good.

A prologue grips you from the start. It tells the story of Faith who is abducted in 2001.

Then you are plunged into Zoe’s story. Zoe is a teacher who looses her job on a matter of principle. She returns to her home town of Crawton.  The main purpose being to see to the funeral of her mother, who has recently died.

This is a story that resolves into an opened mouthed finale. All helped by Nikki’s top quality writing.  I think it is a book you will like and I urge you  to read it. Five stars from me!

Author Bio – Nikki Crutchley lives in Cambridge, New Zealand with her husband and two daughters. No One Can Hear You is Nikki’s second crime novel, set in the small Waikato town of Crawton. Her first book, Nothing Bad Happens Here, a crime/thriller set on the Coromandel Coast of New Zealand was a finalist in the 2018 Ngaio Marsh Award for best first novel. Nikki has worked in libraries in New Zealand and the UK and now works as a freelance proofreader. Nikki’s flash fiction has been published online and in the Fresh Ink anthology and the upcoming Bonsai anthology.
Social Media Links – fb.me/NikkiCrutchleyAuthor
Twitter.com/NikkiCAuthor
https://www.goodreads.com/author/show/17129077.Nikki_Crutchley

Buy Nikki’s books on Amazon and all good booksellers.

Summary:
The story of a real-life relationship.

On a White Horse charts the story of the relationship between two people, Cathy a struggling artist and Dan, a burgeoning entrepreneur and publisher, how they met by chance in a pub off Carnaby Street in the early 1990s and how their relationship was to flourish for nearly a quarter of a century until Dan’s untimely death from bowel cancer at the age of fifty eight.

This is a very short book. Less than 200 pages. But what a punch it packs!

It is a story of relationships between Cathy and Dan.

This book is full of emotion and pathos. Cathy after a initial period of languishing in her 1000widow hood, Cathy who by her own admission is a struggling artist, uses her art to help her grieving process and have tangible memorial of her departed husband. She decides to sculpt a horse.

She uses materials she finds lying around and some have a connection to Dan.

When she is near to giving up an inner voice drives her on to complete her project. A book full of happiness , sadness; light and shade. The story of one woman’s rise from despair and the story of how life goes on. A book I urge you to pick up if it crosses your path and read it. It is well worth it.

Also I must extend my apologies to Faye and the author for not being able to post on my date on the tour. This was owing to technical difficulties with my laptop.

Author Information
Cathy Phelan-Watkins was born in Portsmouth in 1963. She studied Fine Art at Goldsmiths College; her work has been exhibited at galleries across the UK including at Tate St Ives, where she has served on the advisory board and as chair of the Tate St Ives members committee, working to further public engagement and understanding of contemporary art. She is director of Civil Society Media, the leading publisher within the charity sector. In 2016 the film maker Peter Bach made a documentary about the creation of the horse, After Daniel http://www.on-a-white-horse.co.uk. She lives and works in Clapham.

What if someone you loved was in harm’s way?

What if you were being stalked and no one believed you?

What if you were abducted in broad daylight?

What if you were held captive in a cellar?

What if your wife admitted she had a lover?

What if she went out without saying where she was going?

What if you discovered she’d left?

What if a troubled woman disappeared?

What if her brother begged you to help?

What if there was no evidence of a crime?

In Glasgow, DI Andrew Geddes puts the case to the top of his list.

The opening of the book sets the tone and pace of the story.

We have a mysterious stranger looking to buy a house. A house that seems to have few requirements; a basement containing enough room for a bed,a heater, a chemical toilet and the chain. Also remoteness.

And we also find Mackenzie doing her food shopping, fighting against, and failing her temptation to buy alcohol.

Mackenzie and Derek Crawford’s marriage is falling apart at the seams. Mackenzie is an alcoholic and Derek?; he is an older husband with a controlling streak. He seems to be a caring  husband but Mackenzie resents his interference, which she sees it as.

Mackenzie and Derek start out having a day out in Glasgow; a day that ends in arguments, accusations and recriminations. It carries on as the day progresses.

The action involves two other couples; Gavin and Monica, Blair and Adele. All is rosy with these couples or is it?  Gavin and Adele just happen to be siblings of Mackenzie. Not only do they carry the shame of being related to an alcoholic, but do they have skeletons of their own?

As I have said earlier, Owen has created a multilayered tale with, with plenty of false trails and food for though. The man just gets better with each book. Well you know what they say practise makes perfect.

The only thing wrong with this book is, you will race through it and will be left bereft waiting on the next one from Owen.

I recommend this book to you all and urge you to read it!

Author Profile:
Owen Mullen is a McIlvanney Crime Book Of The Year long-listed novelist.
Games People Play will be translated for the German market.
And So It Began earned a coveted Sunday Times Crime Club Star Pick.

Owen graduated from Strathclyde University, moved to London and worked as a  rock musician, session singer and songwriter, and had a hit record in Japan with a band he refuses to name; he still loves to perform on occasion. His passion for travel has taken him on many adventures from the Amazon and Africa to the colourful continent of India and Nepal. A gregarious recluse, he and his wife, Christine, split their time between Glasgow, and their home in the Greek Islands where both the Charlie Cameron and Delaney series’ were created. His latest novel In Harm’s Way is a  psychological thriller set in Scotland.

Buy Owen’s books on Amazon and all good book sellers. 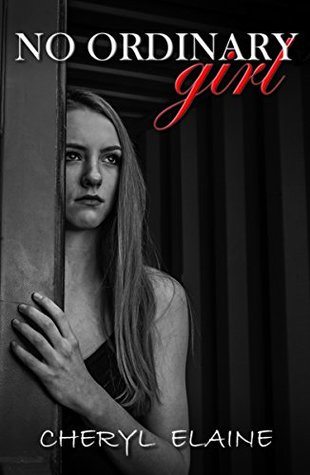 What started out as a night of celebration for Aimee soon turned into a nightmare. Snatched by cruel, sadistic monsters – the worst creatures mankind has ever produced – she’s thrown into a metal container, among other victims too frightened to make a single sound.

The game-keepers force everyone to play. They deliver torment and pain in equal measure. Every hunter has their own agenda and reasons to maim and torture.

Detective Johnson is one step away from catching the killers. Wrestling with his instincts as a father to serve justice his own way, this is no ordinary case for him. Can he stop the vile sadists before they damage more young girls, as well as his own daughter?

Aimee’s ordeal within the compound brings her to the conclusion that she’s no ordinary girl. But can she hang onto her sanity long enough to escape? And will she find a different way to play?

This crime thriller will keep you riveted. It’s no ordinary story.