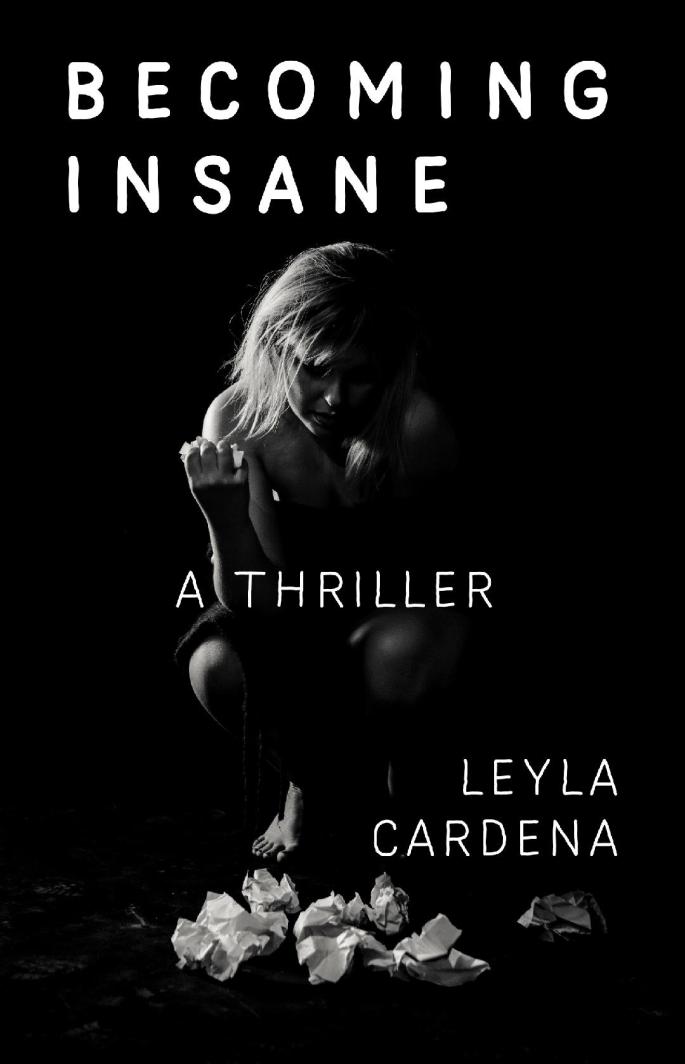 Becoming Insane by Leyla Cardena
Summary:
When the monsters hiding underneath your bed are much less frightening than the bills you have to pay, the family you have to support, the job you have to find, and the unrealized dreams you cry about, then you know there’s a problem.

Especially when you are a full-grown adult in your mid-thirties.

It’s 1987. John Crane feels like throwing himself out of the window because of his depression, while his friend Jack Vain has to support his spiraling O.C.D. and panic attacks.

Their issues are driving them into a shared psychosis.

Without these issues, John and Jack may never have needed to go searching for the demon in the middle of the night, through the mean streets of New York.

As the beast of insanity takes hold, will John and Jack survive their own imaginations?

John Crane is an unpublished author and a depressive.  Jack Vain is failed artist and suffers from OCD and panic attacks.

They are also friends. A friendship made in heaven? Not! Things are made worse when John’s older brother Robert gets a book published and Jack has never escaped his fathers shadow. All their problems are aggravated when they meet up and are involved in a car accident and end up in a psychiatric hospital.

Leyla’s writing is very descriptive and puts you in a insane mindset. Blurring the line between reality and insanity. A fanciful tale, but as most of it takes place in fractured minds it all fits. I enjoyed it and I think you will too.

Author Information
I was born on the 2nd of August 1990 in Geneva, Switzerland, and still live there until today. I haven’t even changed neighborhood! I still like it very much and the fact that I live near the red-light district makes it even more interesting. I had many little jobs since the age of fourteen, shoe shops, hairdressers, pharmacy, boutiques. Then from the age of sixteen until eighteen I became an apprentice as an administrative assistant, working at the company three times a week and going to commercial school twice a week. I then found a job at eighteen as an administrative assistant in a trust company then got promoted as a legal assistant for its corporate department. I went to night school to study law, and gathered some other professional certificates/diplomas during that time. At 23, I quit everything as I realized that the only reason why I did all this was because I needed to be financially stable enough to write and create. Something I unfortunately didn’t have the time to do while working and studying. And also rest and sleep a lot!
Twitter: http://twitter.com/CardenaLeyla
Facebook: https://www.facebook.com/Leylabecominginsane